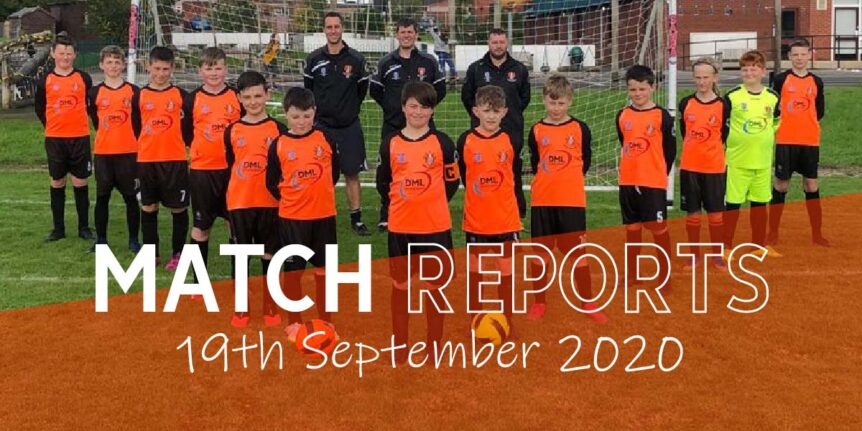 Avengers
North Walkden Phoenix – the first away trip of the season was definitely a game of 2 halves for the Avengers. The hosts started quickly and went ahead early but the Avengers battled against the physicality of the opposition and pulled it level on the 10th minute with Dylan ⚽️ scoring on his 2nd attempt as the keeper could only parry his 1st shot back into his path, the celebrations were short lived as the opposition seemed to move up a few gears and went ahead within 1 minute of the restart, it is fare to say the Avengers seemed to lose their way for the remainder of the half and spent most of the time camped in and around our own penalty box. Struggling to clear our lines Adam was kept busy pulling of several good saves but the constant presser and inability to keep hold of the ball saw the opposition bag another 3 goals. With the 1st half coming to an end the Avengers managed to get a break and Sam slid the ball past the keeper to get his 1st of the day ⚽️. With the Avengers coming in 5-2 down at half time the team looked deflated.
A few words from a couple of the players at half time hit all the nails on the head as to what was going wrong and what was needed to get back into the game. A confidence boost from the coaches seemed to give each player a extra inch in height and a extra yard in pace and the 2nd half began. The opposition hit 1st on the 32nd minute but the Avengers were not hear just to make the numbers up and hit back quickly with Sam’s 2nd of the day ⚽️ a much better team performance through out the 2nd half saw the Avengers see a lot more of the ball and although we conceded another on the 38th minute the teams newly found confidence seemed to help with passes finding team mates, tackles being won and better 1st touches helping us keep possession, with the battle in the middle of the park starting to be won the Avengers managed to play the way we have grown to love with glimpses of the front 3 of Jolon, Leo and Sam breaking fast zipping the ball around and cutting through the opposition defence. The hard work paid off and P.O.M🏅Sam got his hattrick ⚽️ on the 56th minute punishing the opposition when they decided to send there keeper up for a corner, but we defended it well broke quickly and put the bell in the onion bag.
The game finished 7-4 not the result we wanted but the result we deserved after the 1st half performance. But when you work hard, and play as a team you have shown your a match for any one and that is what we need to do for a full 60 minutes. Have a good weekend lean from experience and come back stronger and wiser next week 🧡⚽️🖤
Darren Pollard

Ninjas
Another slow start from the Ninjas against a large, physical and well organised team, only some good defending and goal keeping kept them in the game.
After a half time break and a little refocus the Ninjas came out with more determination to match the opposition. Some good football played which saw several chances on another day that would have been in the back of the net.
Great effort from all to came back from 2 nil down to nearly getting a draw in the final minute.
Well done to Alfie⚽️ for his goal just showing never giving up pays off.
Player of the match to Oliver🏅who battled hard from the first minute to the last and never stopped running for the team. What a super performance from him.
Andy Ling

Spartans
I know everyone was feeling pretty down after today’s game but we really shouldn’t. They were physically and technically strong and probably the best team we have ever come up against. We were under pressure from the off. Our challenge today was a mental one too as I could see that we gave up on the fight early on. We need to remember there is always something to play for and to treat each half as a new opportunity/game. I saw lots of positives – lots of great saves from our goalkeepers Jacob and Alexander today. Ellie made some great blocks/tackles in some important moments. Charlie kept his nerve to score under a lot of pressure from 2 chasing defenders. Loved the pressing from Isaac. Tommy made himself a nuisance in the middle of the park. Oliver held his position well upfront. Luca listened carefully to the pre-game instructions and ensured we kept our shape on throw-ins and corners. I take full responsibility for the boy’s disappointment today as I organised the game knowing they were playing a higher ability team. #challengesmakeusstronger 🧡🖤
Peter Ball

Predators
Not sure where to start with today’s game? Sleepy to start off with then the team started to show what they are capable of, but luck wasn’t on their side, made some fantastic chances. Some great passing in midfield and through balls to the front but we just didn’t seem to be able to hit the back of the net. The team never quite looked settled as a team today but showed individually how good they are. On another day the result could have been reversed. A great performance from our player of the match Bella with her never give up attitude and the beaming smile on her face, some much needed positivity for the team today. Heads up Predators, today didn’t go our way but we go again next week, back to the determined team we are all used to 👍 Goals today from Bob ⚽️⚽️ Riley⚽️ and Louie⚽️. Well done everyone onwards and upwards.
Chris Foster

Titans
Another tough day with a heavy defeat, bit of good news though we’ve now been moved down a league, just need to get these kids playing as a team as that’s their major downfall, we seem to lack a bond between them.
Parents please do not shout from the side-line, the team are given tactics and instructions pre-match, having spectators then coaching from the touchline is confusing for the children and dis-respectful to the coaches.
Craig Holmes

Knights
Two fantastic games on a 🌞 morning at Round Ash Park.
1st up were Atherton Town Panthers. The Knights were absolutely awesome in this game, positioned well at all times, spaced out going forwards, passed the ball confidently and defended with passion. Our goalkeepers saw virtually no action whatsoever in this game and that’s because everything else clicked. 💛🖤⚔️ goals scored in this game; ⚽ for Harry, ⚽⚽ for Austin and a first competitive ⚽ for Lenny, well done 👏🏻.
2nd up was Bromley Cross Bullets. A well organised opposition, quick on the break and good defensively. 1st half was evenly matched and all square at half time. 2nd half the Bullets were able to beat the Knights on the break and we struggled to close them down defensively. BX Bullets took the win in the end but I think we were quite closely matched to them on ability. 💛🖤⚔️ Goals scored in this game: ⚽⚽ Austin, ⚽ Harry.
Every player deserves a mention today 👏🏻. Isaac defended confidently and played well in 🥅. Joshua with fantastic runs down the wing and great in 🥅. William with superb defending and runs down the wing. Harry with his quick feet, super dribbling and ⚽ threat. Freddie with great positioning and forward play. Austin scoring an amazing individual ⚽and defending well. Lenny showed some promise up front and got his first ⚽ which I felt deserved the 🏆 for today.
Dave Smith

Vikings
1st game Vs Pennington FC
With a core squad and a last minute loan signing from Pennington, Vikings kicked off a new era of football under Coach Alex. The first half was a solid defensive performance with new signing Spencer and loan signing Henry at the back with Jacob in net. Several fingertip saves and excellent tackles in and around the box kept the scores even till just before half time when a counter attack from Maverick and Henry result in a spectacular goal! 🥳
The second half saw Henry return to his parent club (clearly he had impressed) with Myles coming the other way. After the coach made some very questionable set piece calls Leigh found themselves down after just a few minutes of the second half, after another bombardment of shots and some exquisite saves from Jacob again, Leigh kept it to a very respectable loss.
2nd game Vs Leigh Town
With yet another loan signing Jack (this time) from Pennington, Leigh United started a bit quicker immediately going on the attack and showing a clear desire to win the ball, within a minute Superstar Maverick went on an excellent dribble from the half way line to open the scoring. The young up and comer then quickly made it 2 then 3. A great play from down the line ended in a deflected shot past the unsuspecting Spencer to get one back. United immediately went back on the attack with Jacob slotting home a beautiful shot into the the bottom left hand corner, ending the half on a high for Leigh United.
The second half kicked off with Spencer (Goalkeeper) and danger man Adam (forward) swapping roles, and a change in rules taking us from a 5-aside game to 7(ish). The game became a lot tighter with Town taking their opportunities, before Adam made a series of fantastic stops including a no hands stop with his face (he was showing off), after a tough back and forth the game was coming to a close with Leigh United ahead. There was a last minute decision to swap Adam and Spencer back in hopes of extending the lead but the whistle went before any impact could be made. Overall a solid day at the office, LUFC can be proud of there defensive showing in the first game and there attacking prowess in the second.
(there may have been some creative liberties taken during the writing of this match report 😂😂😂)
Alex Wall

Troopers
Troopers v TURTON TIGERS, with a strong start from the whistle it didn’t take long for Joseph to send a screamer into the bottom corner and it was clear we meant business.
2 cracking shots from Freddie sent the ball into the back of the net. With Archie’s fast legs covering ever inch of the pitch and putting plenty of pressure on their attacking players, made it hard for Turton to get close. Excellent corners and throw-ins from us, you could tell training positions and practice is working.
A couple of amazing saves from our star goalkeeper Oscar and some  excellent wide passes like we have been practicing in training made Joseph score a few more. With a couple of solid shots from Elsa, 1 slightly wide and a lucky deflection off the keeper – the opposition were lucky not to be 2 more down. Excellent running, positioning and big tackles from Charlie made it even harder for them. An excellent win for the TROOPERS very well deserved 👏 👍 ⚽️
Paul Cundliffe 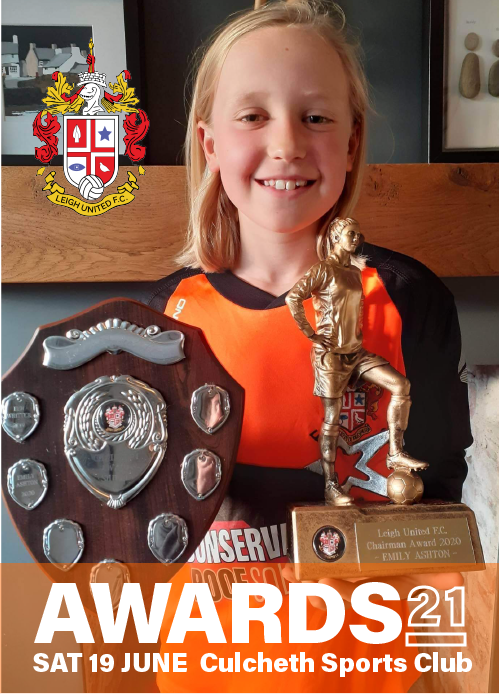